Starting in 2020, Neopets launched new merchandise partnerships with both Geekify & What's Your Passion (WYP) which introduced an array of products along with a unique system of issuing RICs with merchandise purchases. This new system issues different tiers of codes for different thresholds of item prices and/or order totals - with Tier 1 being the lowest with non-exclusive items from a pool of prizes and Tier 3 being the highest with exclusive items for more expensive products.

Tier 3 codes are currently only issued for WYP jewelry first released in 2020, and a handful of other, newer pieces.

Once a second batch of WYP Jewelry was released in Fall 2020, the Tier 3 codes issued from the following new exclusive item pool. Preorders placed prior to the New York Comic-Con (NYCC) @ Home event came with an additional code for a new Statuette. These codes were mailed out starting November 23, 2020.

The WYP partnership launched with the 2020 San Diego Comic-Con (SDCC) @ Home event in mid-July 2020, offering unique Neopets Jewelry. The first 4 items released came with codes for the Platinum Shield corresponding to the same species as the product ordered. Preorders placed between July 21, 2020, and July 31, 2020, came with an additional code for the corresponding species Statuette. These codes started with WY0.

These items were not shipped until September 4th, 2020. They included the applicable code(s) inside the jewelry box. 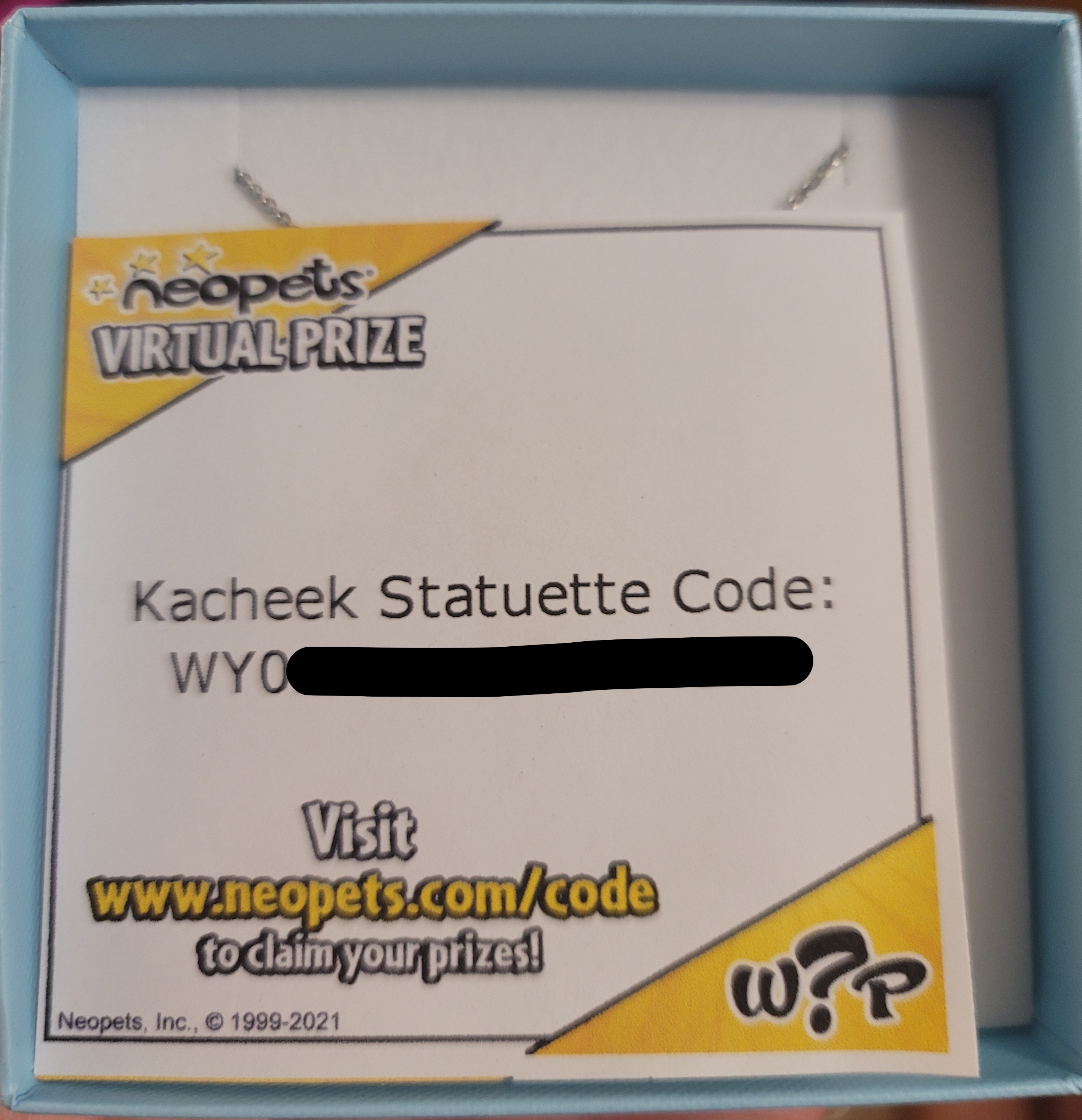 The Kacheek Shield Code was sent also sent in this box

Tier 2 codes are issued as a bonus for purchasing complete sets of Geekify pins, patches, and coins, and as of April 9, 2021, also for WYP merch orders totaling $45 or more. There are also a handful of products that issue T2 codes as their default. These codes started with OS02, and were mailed out starting December 1, 2020, and award from the following pool of exclusive items.

To further gamify this commerce, all lower-priced merch (under $45) from Geekify and WYP receives a Tier 1 code for a non-exclusive prize. There are several different prize pools available depending on the classification of the merchandise, with most falling under the General pool.

These Tier 1 codes were originally issued for the Geekify Advent Calendar as well as initially for the first individual WYP Pins. They were also awarded for the 2021 WYP Ornaments. They now award for current seasonal holiday products. These codes started with HP01 and were mailed out starting December 17, 2020, and award from the following pool of non-exclusive items.

Starting with the release of the Unconverted (UC) Faerie Pet Pins, a new pool of exclusive items was released. Each of these pins came with an RIC that would award at random from the following.

During the 2022 SDCC, from July 20th to 24th, WYP had exclusive anniversary pins available for purchase in-person at the event as well as online. Each of four pins came with an RIC exclusive to that particular pin.

During the 2022 NYCC and two additional days after, from October 6th to 11th, WYP had more exclusive anniversary pins available for purchase in-person at the event as well as online again. Each of five pins came with an RIC exclusive to that particular pin.

Occasionally additional codes have been issued as part of promotions. 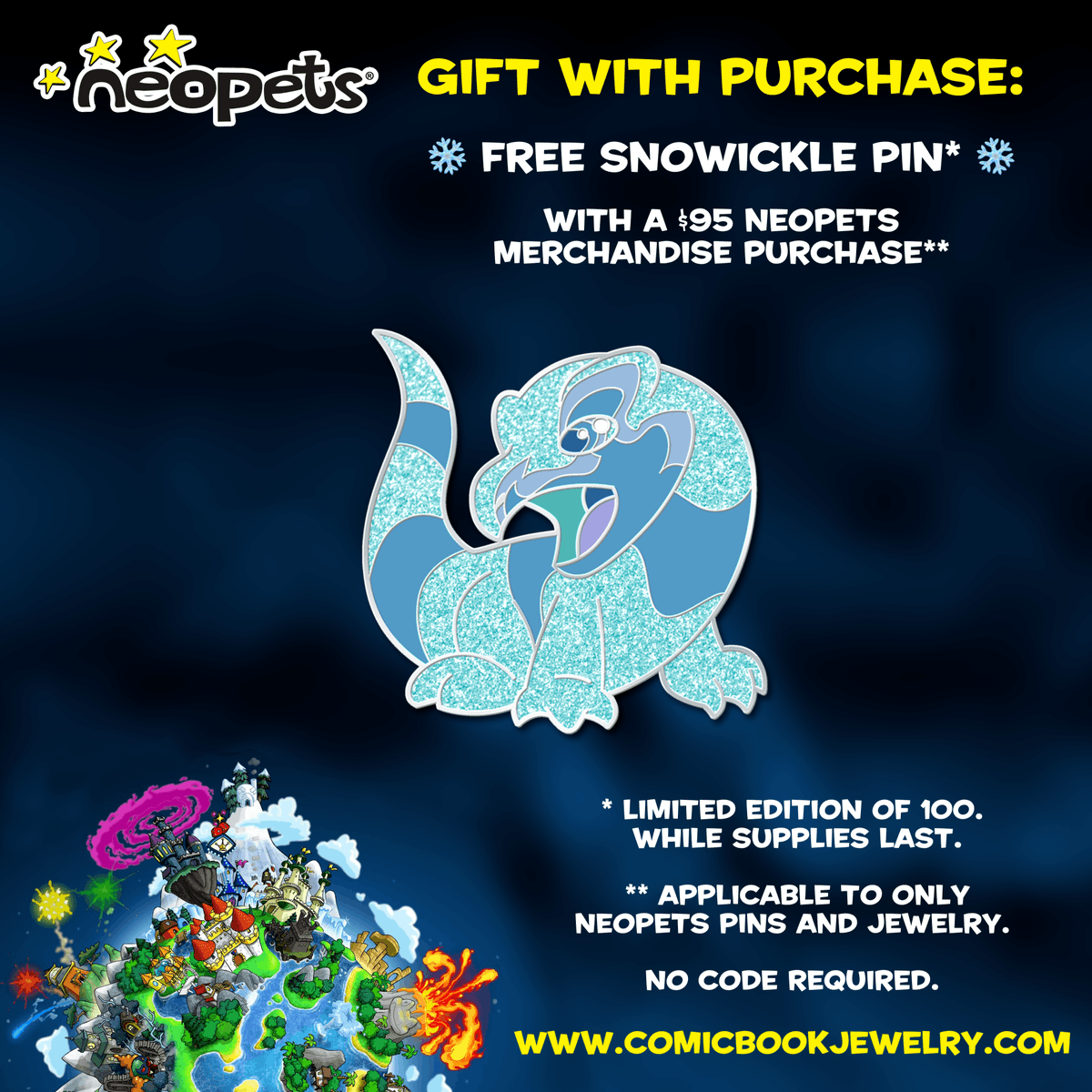 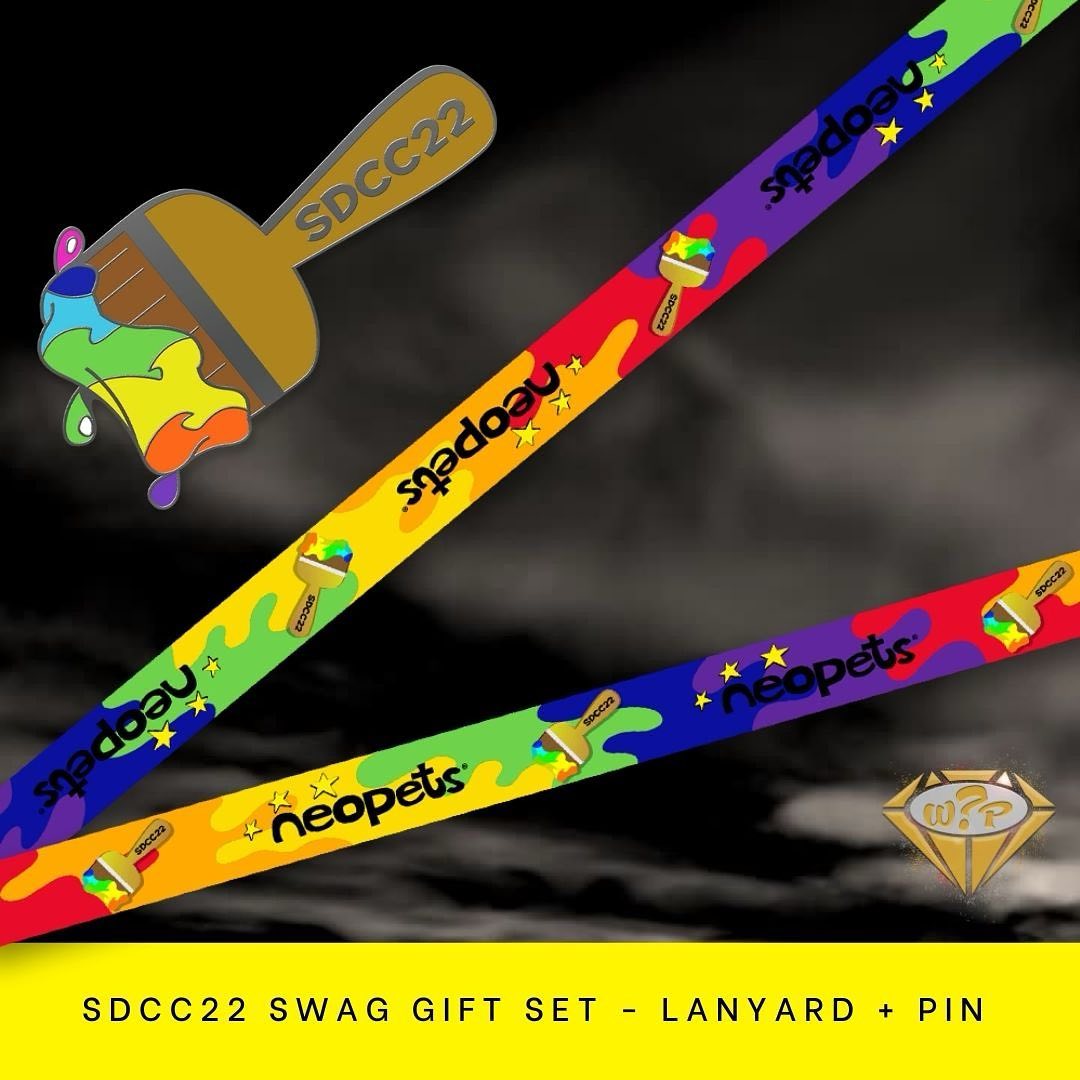 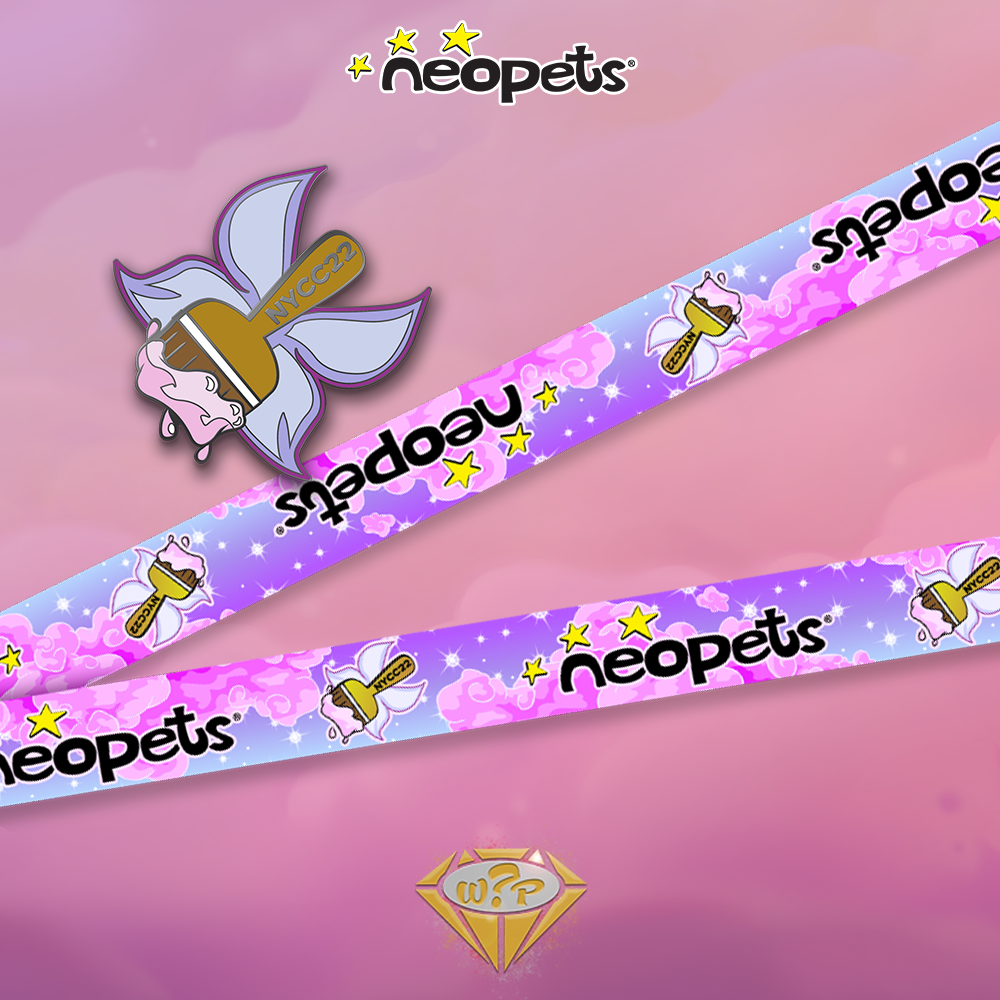 This page was written by Quail and last updated on November 14, 2022.